Readers could vote for their favorite character and the results would be included with a later chapter. The top-ranking characters are drawn together in a two-page color spread.

In 2007, to commemorate the 100th chapter, Hana to Yume hosted a Character Popularity Poll. Results for this poll were published as part of the cover art for Chapter 100. 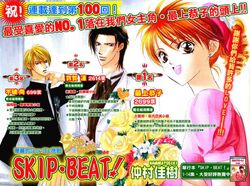 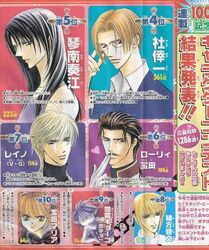 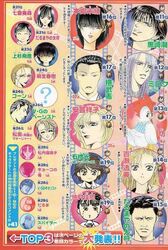 There was another character poll and the results were shown in Skip Beat! Fanbook - Love Me!. This was published in 2009. 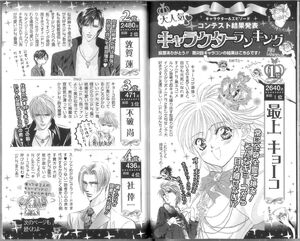 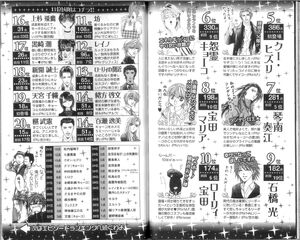